The Passing of Sri Yukteswar, the Guru of Paramhansa Yogananda 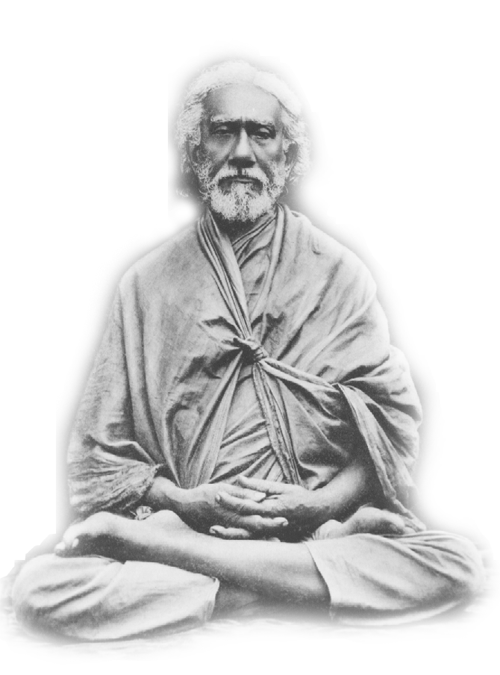 Excerpted from Autobiography of a Yogi by Paramhansa Yogananda

“Guruji, I am glad to find you alone this morning.” I had just arrived at the Serampore hermitage, carrying a fragrant burden of fruit and roses. Sri Yukteswar glanced at me meekly.

“What is your question?” Master looked about the room as though he were seeking escape.

“Guruji, I came to you as a high-school youth; now I am a grown man, even with a gray hair or two. Though you have showered me with silent affection from the first hour to this, do you realize that once only, on the day of meeting, have you ever said, ‘I love you’?” I looked at him pleadingly.

Master lowered his gaze. “Yogananda, must I bring out into the cold realms of speech the warm sentiments best guarded by the wordless heart?”

“Guruji, I know you love me, but my mortal ears ache to hear you say so.”

“Be it as you wish. During my married life I often yearned for a son, to train in the yogic path. But when you came into my life, I was content; in you I have found my son.” Two clear teardrops stood in Sri Yukteswar’s eyes. “Yogananda, I love you always.”

“Come to Puri ashram at once.” This telegram was sent on March 8th by a brother disciple to Atul Chandra Roy Chowdhry, one of Master’s chelas in Calcutta. News of the message reached my ears; anguished at its implications, I dropped to my knees and implored God that my guru’s life be spared. As I was about to leave Father’s home for the train, a divine voice spoke within.

“Do not go to Puri tonight. Thy prayer cannot he granted.”

“Lord,” I said, grief-stricken, “Thou dost not wish to engage with me in a ‘tug of war’ at Puri, where Thou wilt have to deny my incessant prayers for Master’s life. Must he, then, depart for higher duties at Thy behest?”

In obedience to the inward command, I did not leave that night for Puri. The following evening I set out for the train; on the way, at seven o’clock, a black astral cloud suddenly covered the sky. Later, while the train roared toward Puri, a vision of Sri Yukteswar appeared before me. He was sitting, very grave of countenance, with a light on each side.

“Is it all over?” I lifted my arms beseechingly.

He nodded, then slowly vanished.

Read the full chapter: Last Days with My Guru