Yogananda began two months of lectures and classes in Los Angeles during which he gave the Special Advanced Course for the first time.

Yogananda gave a free 8:00 PM lecture at the Philharmonic Auditorium in Los Angeles on “Mastering the Subconscious Mind by Superconsciousness.” The hall was filled to its capacity of 3,000.

Mary Buchanan (later Kamala Silva) and her mother attended Yogananda’s first lecture of the series at the Los Angeles Philharmonic Auditorium and Yogananda greeted her afterwards as “Kamala.”

Yogananda gave an 8:00 PM lecture on “Developing Dynamic Power of Will” at Washington Auditorium in Washington, D.C.

Yogananda lectured at the Athenaeum Auditorium in Kansas City, Missouri on “Greatest Science of Healing.” 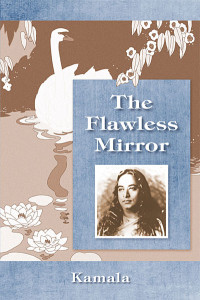 Kamala Silva, a direct disciple of Paramhansa Yogananda, first met him through the class series given in Los Angeles. In The Flawless Mirror, she wrote,

“The lines of people had queued around the building for great distances waiting for the doors to open; by 7 p.m. there was no more seating space for the hundreds who were still there. This was repeated each evening for many weeks.”