Yogananda was a personal guest of his disciple Amelita Galli-Curci at her Washington concert. 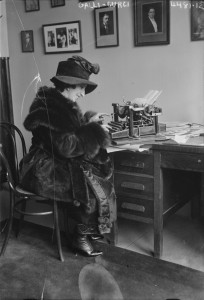 Amelita Galli-Curci (1882 – 1963) was a coloratura soprano and one of the most famed opera singers of the early 20th century. Her music is still available online.

She is known also as a devoted direct disciple of Paramhansa Yogananda. She wrote the foreword to Yogananda’s Whispers from Eternity and one of his poems in Songs of the Soul is dedicated to her and her husband, Homer.

Someone once asked Yogananda about Amelita Galli-Curci’s spiritual state. “She is soaring in God,” he replied.