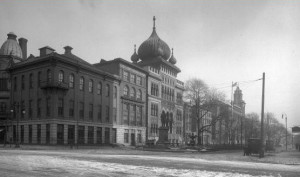 Yogananda gave a series of lectures from April 2–May 10 at the Lu Lu Temple in Philadelphia. Approximately 2000 people attended each night.

By popular demand, he returned to give four more lectures from May 20–23, as well as classes at the City Club. 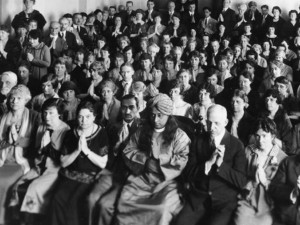 Father of Yoga in the West has Special Philly Connection

When Paramahansa Yogananda (1893–1952), known as the Father of Yoga in the West, first came to Philadelphia in 1924, he received a warm welcome as he brought to the City of Brotherly Love his teachings on Kriya Yoga, the advanced techniques of meditation which lead to realization of God, and the importance of a balanced health in the body, mind and soul.…

By the time he left Philadelphia, Yogananda had attracted a large group of students, including internationally famed conductor of the Philadelphia Orchestra, Leopold Stokowski.