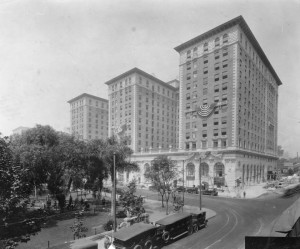 The Los Angeles Biltmore Hotel, around 1923, when it was first built.

Yogananda wrote to his disciples Dr. and Mildred Lewis from the Biltmore Hotel in Los Angeles, “Tasks seem endless, bleeding unceasing, I have to be responsible… but expenses are heavy too. I am printing several books.”

Yogananda learned that the old Mt. Washington Hotel property was on the market.

Yogananda gave an 8:00 PM lecture on “Spiritual Marriage — How to Scientifically Attract your Soul Companion” at Washington Auditorium in Washington, D.C.

Yogananda wrote to Dr. Lewis from the Hotel Everglades in Miami, Florida, and stated “Miami is a lovely city and as far as the city itself and the weather is concerned, one could not ask for better.” 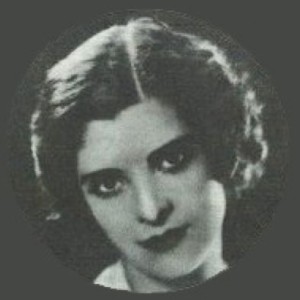 Kamala Silva, a devoted disciple. Paramhansa Yogananda said in his last few years, “She is very near freedom.”

Yogananda wrote Kamala Silva from California asking when she would begin her “mission of spreading Self-Realization Fellowship?”

Yogananda wrote to Satyananda that he had just finished Yogi-Christs of India and Other Saints — the book that was later published as Autobiography of a Yogi.

You can read the original version of Autobiography of a Yogi by Paramhansa Yogananda, just as the master first presented it, free online.