Yogananda gave two classes beginning at 7:30 PM at the Scottish Rite Hall in San Francisco on “Reincarnation” and “Relativity of Consciousness.”

Yogananda addressed a gathering at Town Hall in Wardha, India. On this day, he initiated Mahatma Gandhi into Kriya Yoga. 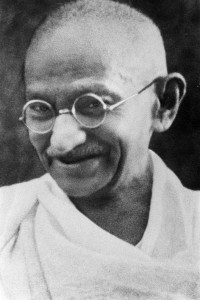 “Did Mahatma Gandhi keep up his Kriya Yoga practice, after his initiation by you?” Swami Kriyananda once asked Paramhansa Yogananda.

“Gandhi was a man of his word,” the Master replied. “He was a great man, and a man of truth. Yes, he kept up his practice.”

From Conversations with Yogananda.