Yogananda addressed the New Thought Forum in Boston, Massachusetts on “The Relationship between Yogoda and New Thought.” 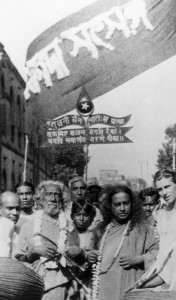 Yogananda reunited with his guru, Sri Yukteswar in Serampore, India during his first trip back to India since his 1920 departure to the United States. C. Richard Wright described the meeting in a letter later published in Inner Culture, May 1936: “It was like the joyous greeting of father and prodigal son, but in this case, triumphant son; no words passed, but the most intense feeling was expressed in the silent words of the heart.”