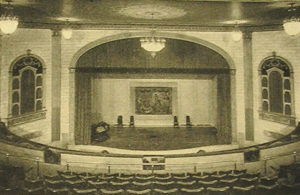 Yogananda conducted his first public lecture in New York City at New York Town Hall. He stayed at the Pennsylvania Hotel and gave four months of classes in New York.

Yogananda appeared with Hamid Bey and gave a talk “The Mystery of Death and After” at the Hotel Missouri in St. Louis, Missouri.