And the Path of Kriya Yoga

The Life of Yogananda

“May Thy Love shine forever on the sanctuary of my devotion. And may I be able to awaken Thy love in all hearts.”

Autobiography of a Yogi 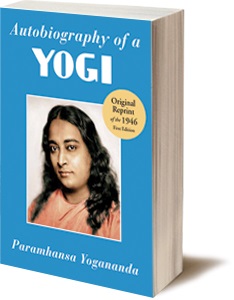 Autobiography of a Yogi is the first hand account of the life experiences of Paramhansa Yogananda. It is known as one of the best-selling spiritual classics of all time, read by millions of people all over the world, and recognized universally by varying religious traditions as a beautiful depiction of the spiritual path.

It is a treasured collection of stories, humor, and practical and scientific explanations of the great yoga wisdom of the East. Start reading now online for free.

“Kriya Yoga is the jet airplane route to God.”

—Paramhansa Yogananda, Autobiography of a Yogi

The Path of Kriya Yoga

Kriya Yoga is a meditation technique that quickly accelerates one’s spiritual growth — though ancient, it was first made widely known by Yogananda in his autobiography.

“Kriya,” he wrote, “is the easiest, most effective, and most scientific avenue of approach to the Infinite. In contrast to the slow, uncertain ‘bullock cart’ theological path to God, Kriya may justly be called the ‘airplane’ route.”

Kriya is more than a simple technique. It can be learned from Ananda Sangha and other groups and in fact represents an entire way of life.

With Kriya Yoga, Paramhansa Yogananda taught three other techniques of yoga and meditation:

To learn more, read this chapter from Yogananda’s Autobiography of a Yogi or listen to this recording:

“The Science of Kriya Yoga,” read by Swami Kriyananda:

Yogananda gave the first of six 7:30 PM Yogoda Class lectures in the Rose Room of the Hotel Washington in Washington D.C. 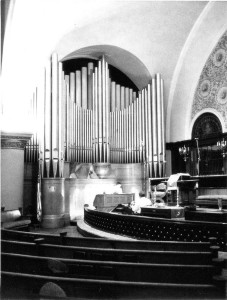 Inside the auditorium of the Union Methodist Episcopal Church in 1929. There was enough seating for 1,100 people.

Yogananda gave the third talk at the Union Auditorium (at the Union Methodist Episcopal Church) in New York on “Points of Similarity in Hinduism and Roman Catholicism.”

Yogananda lectured at the Athenaeum Auditorium in Kansas City, Missouri on “Developing Dynamics of Divine Love and Real Human Love.”

Want to learn more? You can explore these resources below from Ananda Sangha — one of the organizations that helps to spread Yogananda’s teachings.

Enjoy this website? Please expand that joy by sharing it with your friends.

Do you have an inspiring story about how Paramhansa Yogananda’s Autobiography of a Yogi  has impacted your life?